The dilemma Bill and Shirley Lingard faced a couple of years ago is a familiar one: do more renos and upgrades or finally replace the old cottage.

Long time Eels Lake cottagers, the Lingards had done a lot of work to their decades-old summer home throughout the years. They began exploring their options.

“But it got to the point that putting money into an old building, you’ve still got an old building,” says Bill, with a hint of humour. Adds Shirley: “You have to stop sometime.”

One option was to spend over $200,000 on the necessary renovations, which would include pouring a new foundation. At that point, they figured spending double that for a full replacement made more sense.

They started researching options for building a new cottage, but they kept coming up with the same issue: all the options would require missing at least one full summer at the cottage. Not ideal considering they are well into their retirement. Then they found Royal Homes.

“We were driving by and saw the Royal Homes Design Centre,” says Bill. “We went in, and they said it’s built completely off site and it’s delivered to the site. And depending on the number of modules, it takes a rough estimate of about two weeks per module to finish it once it’s on the foundation.”

The Royal Homes representative was almost spot on, recalls Bill. Their cottage has four modules and the builders were on-site for a little over eight weeks.

Eventually, the Lingards chose the Bala model, which they drove to see in person at the Minden Design Centre. The foundation was poured in the fall of 2020, and the couple moved into their cottage on May 1, 2021.

“We didn’t miss even one summer,” says Bill with a smile.

Full experience
The cottage features three bedrooms, two bathrooms and a den – as well as common spaces such as the kitchen and living room.

Since the cottage is on a point, the couple wanted to maximize the view. They put windows in every room. While the Bala model was a starting point, it is all completely customizable.

“We maximized the size and number of windows on our property to take in the view,” says Shirley. “We can see the lake from almost every room in the cottage.”

The cottage also features a very stable and safe foundation, which sits on solid bedrock. To keep it sturdy and strong, the Royal Homes team drilled and pinned the foundation to the bedrock.

“It makes us feel secure,” says Shirley. Bill adds with a smile: “it’s not going anywhere; if it does, the whole world is in trouble.”

While their home was being built, Bill and Shirley took advantage of the ability to visit the factory, which they found fascinating. Built completely indoors, their cottage was protected from the weather. Materials can also be installed in creative ways, such as installing the drywall while the walls are lying horizontal and insulating from the inside out.

“It was exciting to see it,” says Shirley.

Royal ingenuity
One of the challenges the company faces at properties throughout Ontario – especially cottages – is access to deliver the modules to the site. The Lingards’ cottage was certainly no exception: Bill says it was nine out of ten on the difficulty department.

Getting to the property could be a fun trip for an off-road vehicle, with winding, narrow roads, a very sharp corner on the final stretch and steep hills to traverse. Doing it with home modules on a flatbed truck is another level of challenge.

But the experienced Royal Homes team was up to the task. To start, they widened the Lingard’s long driveway as much as possible on either side of the sharp turn.

However, it still wasn’t quite wide enough to simply drive in the 58-foot flatbeds carrying the modules. Their multi-step solution included using an excavator to lift the modules while the trucks navigated the turn, placing the modules back on the truck and then helping to tow the trucks up the steep hill.

Then, a crane was used to lift the module and flatbed together, allowing the truck to turn around – still attached to the excavator in case of trouble on the extremely steep hill.

“The whole thing was amazing to see,” says Bill.

In the end, though, the goal was to have a beautiful new cottage, without missing a single summer on the lake. And that was achieved in fine style. “We are extremely happy with our cottage,” he says, “and would definitely recommend Royal Homes in the future.” 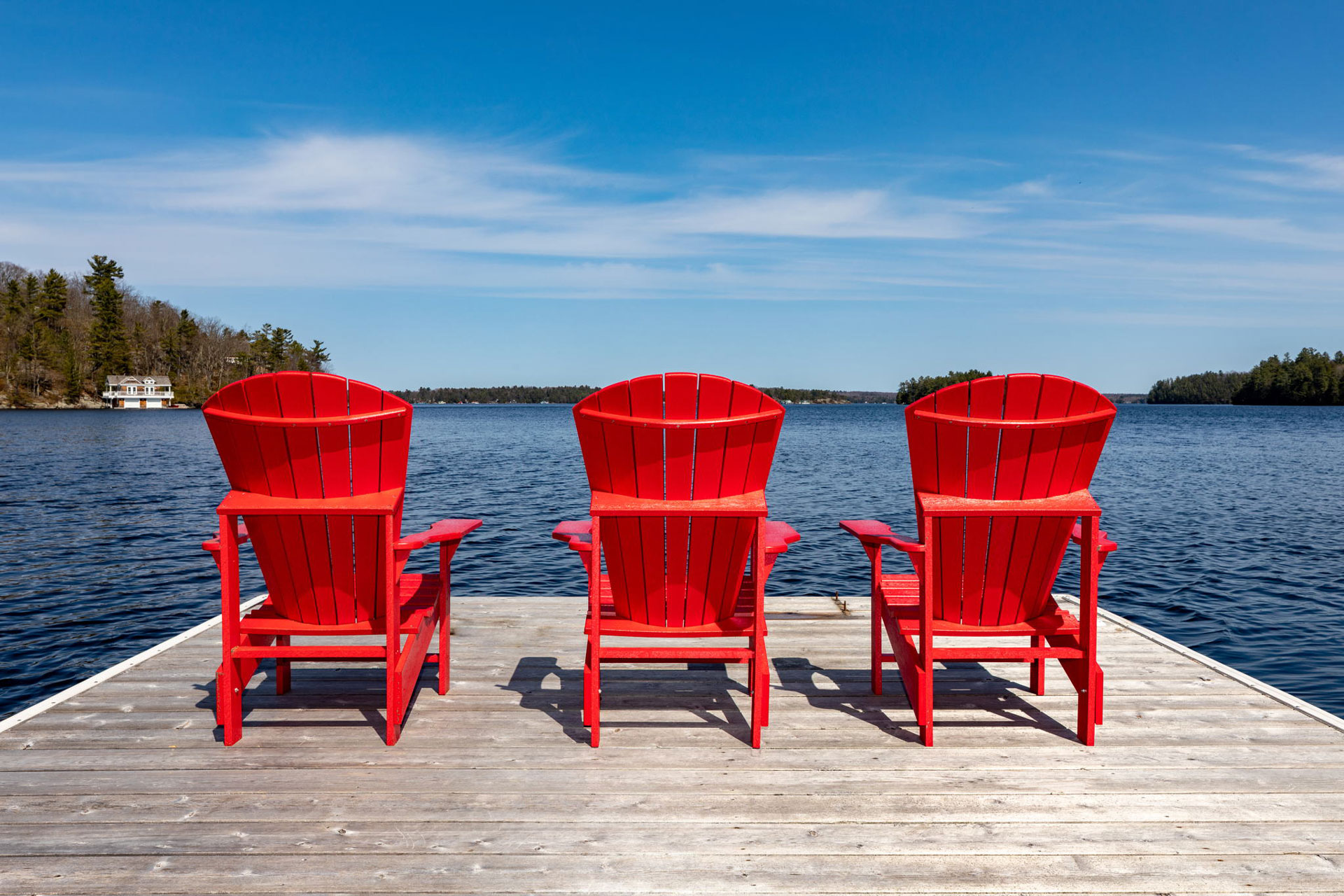 Demand still high for waterfront, but buyers taking their time

Although there is some hesitation in the real estate market at the moment, families will always want to have their own piece of cottage 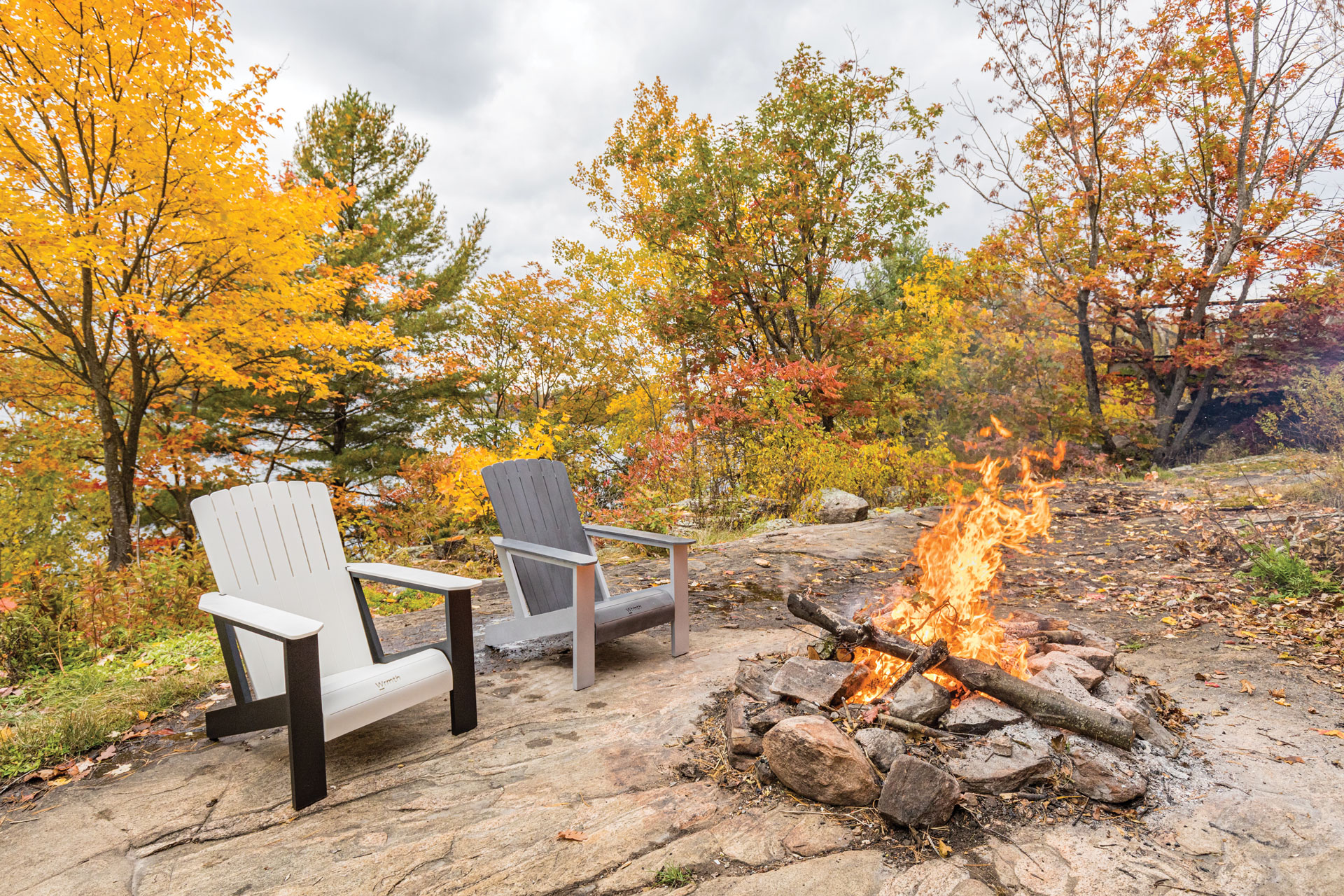 Level up your outdoor experience with heated furniture

Enjoying the fresh outdoors is an integral part of living in Canada. Be it in spring, summer, fall or even winter, gathering on a 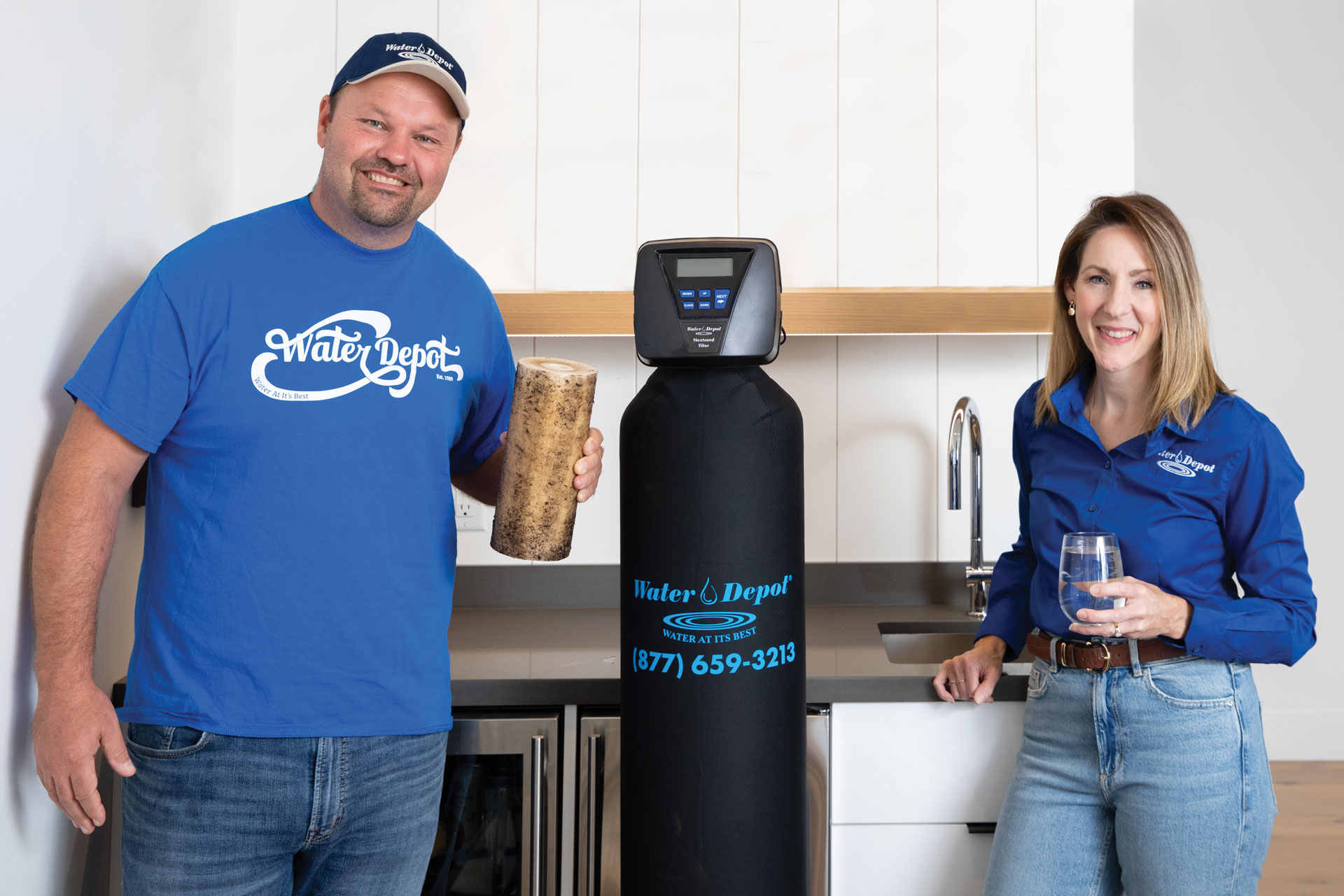 Getting clean, safe drinking water for a cottage or rural property often means having a quality water filtration system in place. While this frees