There’s an old saying that if you want to really understand someone’s values, don’t listen to what they say; look at what they buy.

If that’s true, then the latest purchase by Lischkoff Build Design speaks volumes. The company recently acquired a Toronto-based architectural design firm, incorporating it into its own operations.

“You don’t hear of too many building companies that are buying design firms,” says Sam Hisey, a partner in Lischkoff. But this move, he says, is further proof that his company believes in doing things differently.

“A lot of design-build companies are really builders with a small design team,” he says. “We have a team of 23 designers in-house, including the four people who are joining us now. Design really is at the heart of everything we build.”

Putting design first
Knowing that is part of the reason Nathan Buhler, the principal of BLDG Workshop, agreed to enfold his firm into Lischkoff.

An architectural designer who specializes in residential and recreational property design, he has worked with a great many builders over the years. Sometimes the experience has been positive, but not always.

“My experience is that in a lot of projects, the design can go by the wayside,” he says. “Things get watered down, and the design is no longer at the forefront of what we’re all trying to create. I knew Lischkoff’s approach was different. I could see the passion and the focus they bring to their projects.”

Working with a builder who is passionate about design isn’t just great for the designer, of course: it also brings some important benefits to the homeowner. For one thing, there is consistency of vision. The designer who draws the plans is part of the same team as the carpenters and plumbers and other tradespeople who will bring those plans to life.

It’s a subtle distinction, but it can make an enormous difference in the final results, says Nathan. “There’s a continuous train of thought from the initial conversations with the client through the design process to the execution.” Without that, details can get skipped over, particularly the small-yet-important elements that can make a huge difference to the final product.

“It’s all about the detailing, and the interaction between the various trades,” he explains. In a complex home build, there can be dozens of subtrades working on a project, the work of one impacting the next one. If each of them is focused on their own agendas, then subtleties can easily get overlooked.

“Every time we’ve been asked to price an outside designer’s plans, the numbers turn out to be out of line with the client’s budget,” he says. “That doesn’t happen when we are working with our in-house design team.”

What happens too often, he explains, is that the designer miscalculates the actual costs of construction. The client falls in love with the design, thinking it’s affordable, but then gets quotes from a builder who tells them it can’t be done within their budget. “It doesn’t matter if your budget is two million or ten million, it’s still a budget and everyone needs to respect it.”

By integrating the design and construction teams, Lishkoff is able to ensure constant communications between them. Designs can be accurately priced, and team members can collaborate to come up with creative solutions. “You don’t end up overbuilding, making something bigger or more complex than it needs to be,” says Sam. “You can ensure that you’re designing and building just what the client wants, and nothing more.”

Let the light in
That’s not to say that complex solutions are off the table, of course. It’s just that they’re not applied needlessly.

If Nathan’s designs have a signature feature, it’s that they make the most of natural light. “It’s the number one thing that makes a room feel welcoming,” he says.

Making the most of that – while also ensuring the cottage has superb views – can take creative thinking. He points to a project where the best view was on one side of the house, but the best light came from the opposite side. He wound up designing channels through the house to let the light stream in, bathing the interior in soft, natural light.

“You need to listen – to what the client wants, to what the property is telling you, and to what the build team says,” he says. Do it right, and the clients get a gorgeous home, on time and on budget.

“Building a home is a long process, and there can be difficult moments,” he says. “Our goal – and Lischkoff’s – is to get to the end of each project and have everyone be really happy, with the process and with the results.” 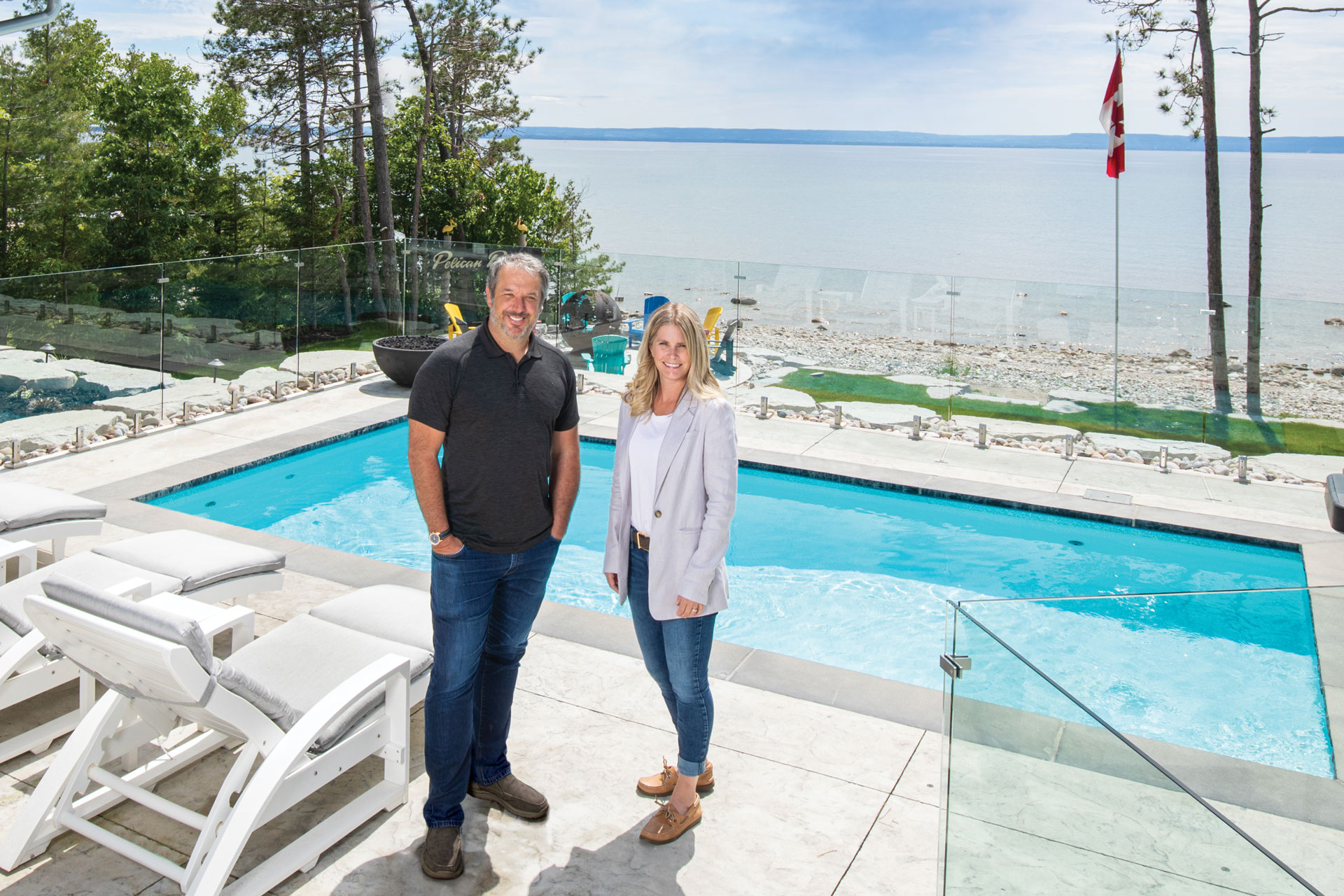 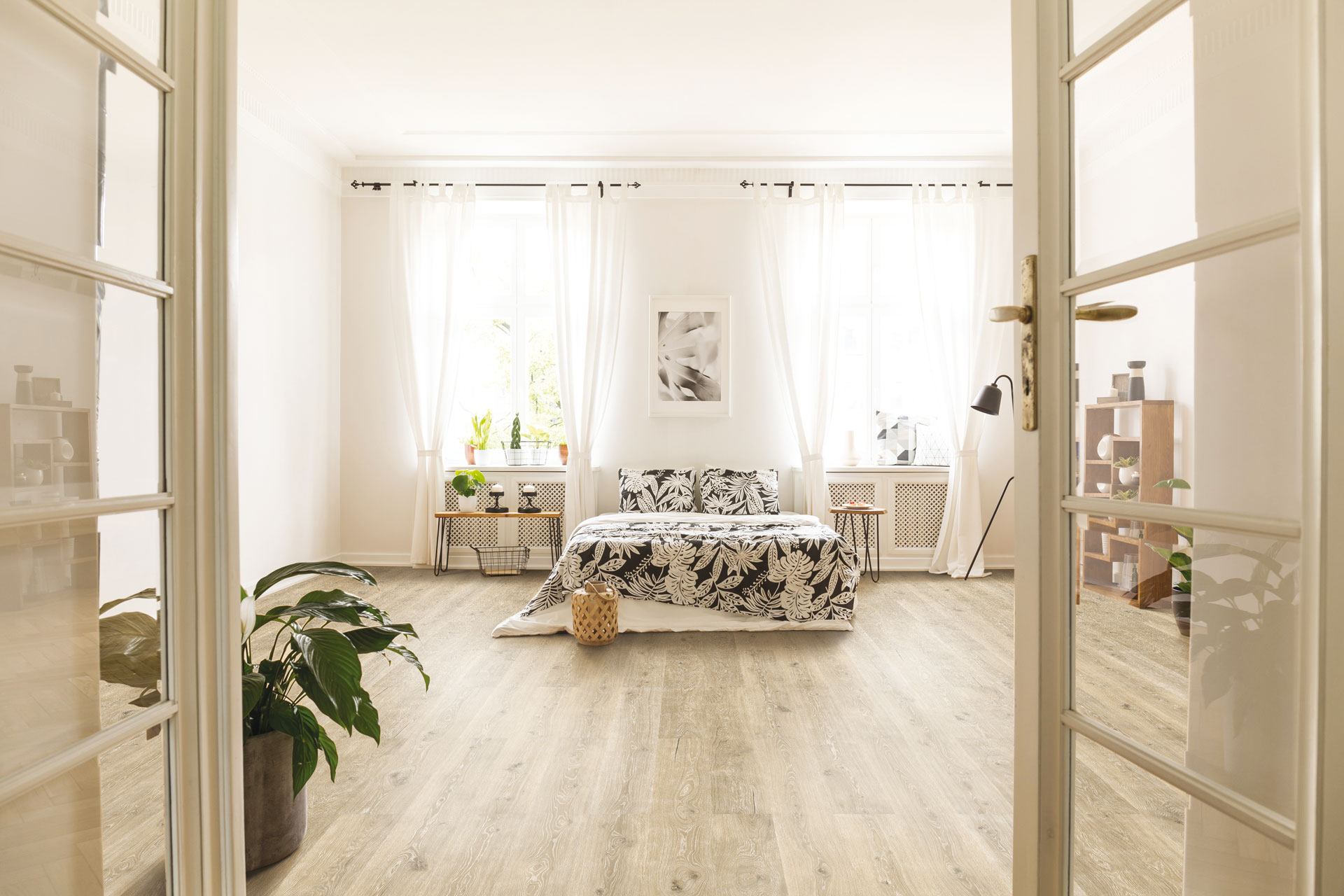 On a recent trip to Portugal, Peter Schultz got to observe cork trees being harvested by hand. But he wasn’t thinking about wine. As 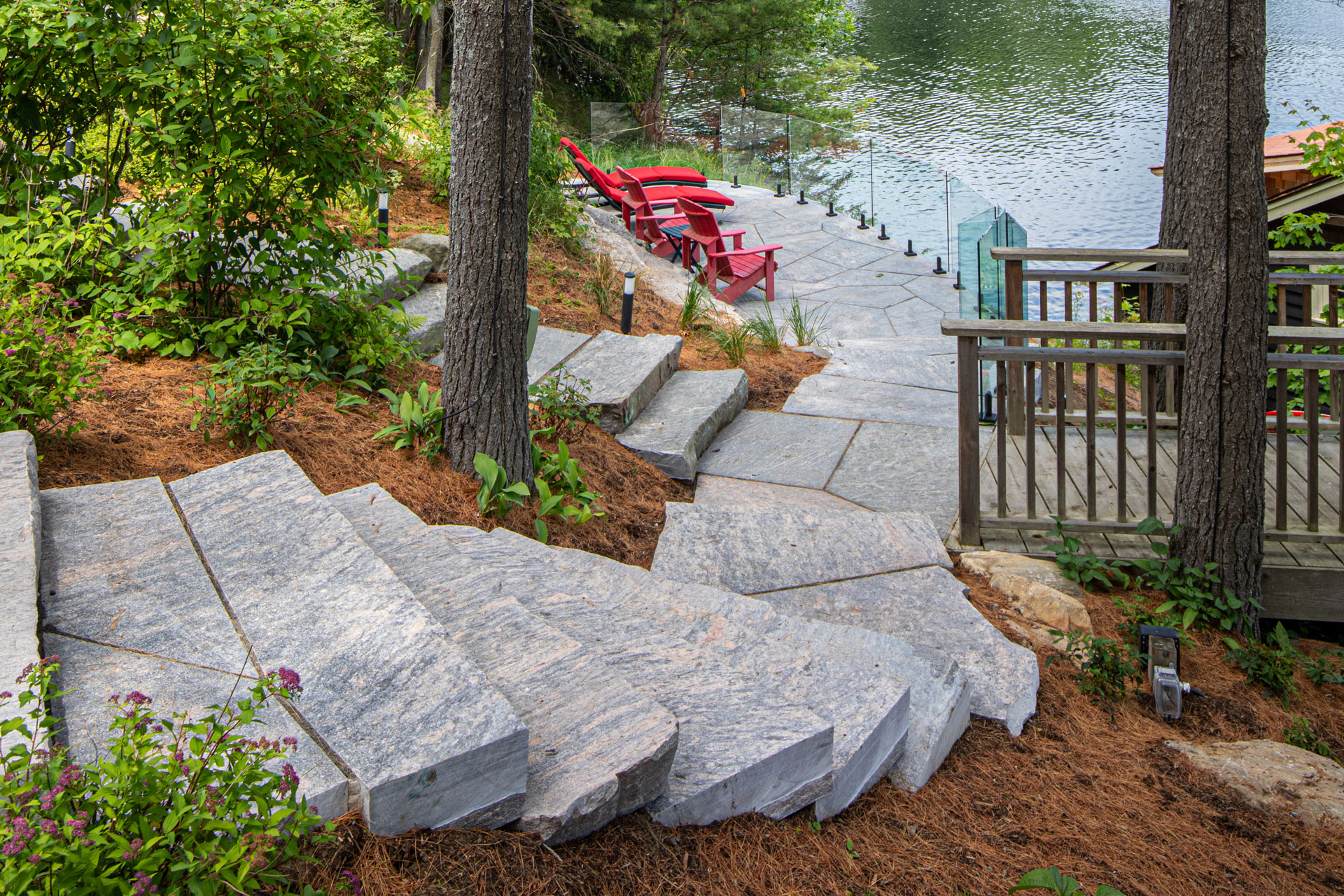 The cottage seems to have it all: a sweeping view of Lake Rosseau, a shallow, sandy swimming area, and deep water for mooring a