Opportunities are plentiful if you expand your view

Those left wondering if they will ever achieve their dreams of cottaging or moving to Muskoka could soon see their fortunes improve.

A still scorching cottage market with low inventory and high demand has enticed more than a few property seekers to look at areas outside the Muskoka Lakes hot zone.

“A lot of people we were dealing with who were looking to buy in Muskoka have branched to other areas,” explains Bob Clarke, owner of Royal LePage Lakes of Muskoka Clarke Muskoka Realty. “Partially it is from an affordability point of view. And partially it’s due to availability.”

To meet the needs of their clients, Clarke Muskoka Realty has also expanded and now features a Port Severn office, and two new sales representatives: Jeffrey Braun, who brings energy and passion to the role, and Bob Emmett, a well-known figure in the area who has 25 years of real estate experience.

“We have a seasoned, well-respected representative in Bob, to go along with a young, up-and-comer in Jeffrey,” says Bob. “They were working hard in the Port Severn area. But what the duo was really missing was a marketing presence, so we brought them on and now we have an office in Port Severn to best serve our clients in that area.”

The duo has already had some strong success since joining the Clarke Muskoka Realty team. In the first month, they had over $20 million in sales. A lot can be attributed to the recognized brand they became associated with as several sellers decided to list with Bob and Jeffrey once they learned about the new affiliation.

“That’s going to be a key market for us,” says Bob. “It starts giving buyers working with us options in other markets and locations, such as Six Mile Lake and Georgian Bay.”

Growing territory
However, it’s not just the Severn market that has caught the attention of potential buyers. Bob says they’ve been doing more sales in Huntsville as well as in Haliburton, where one of their reps recently completed their first sale.

And they’re looking to grow even more.

“The market has really changed, and we’re addressing it,” says Bob. “We’re also looking for agents in the Huntsville and Parry Sound areas. We’re selling more there so we would like to talk to some agents in that area.”

Official Plan Review
The Township of Muskoka Lakes Official Plan Review is ongoing and Bob, as well as the members of the Our Muskoka Stakeholders Association, want everyone in the community to understand how any proposed changes will impact their properties.

He says whether you’re a business owner, cottager, or fulltime resident, it will affect everyone in one way or another. It’s why Our Muskoka has made news about proposed changes in the OP Review — including surveys, links to official documents, petitions and more – available at www.Our-Muskoka.ca.

“It’s important that everybody’s voice is heard, and everyone knows the facts,” says Bob. “This is going to be a long-term plan that will be in place for 15 to 20 years. Based on that, we really need as many people as possible to be weighing in.”

Bob believes the ongoing process has been slightly rushed, considering it’s an Official Plan that will impact the Muskoka Lakes area for up to two decades.

He suggests that a referendum on the OP Plan OP Review, or even making it the number one issue in the October 2022 municipal election, would better serve the community.

“It’s too important to simply rush through without really hearing what the community as a whole wants,” explains Bob. “It will stand to impact a generation of people and a vote provides the best opportunity for individuals to have their say.” 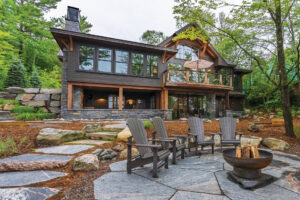 Years spent by the lake enjoying time with family and friends have given you fond memories that will last forever. The warm feeling inside when 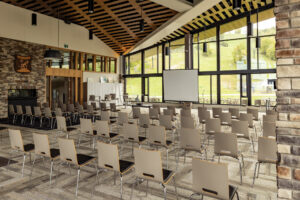 As we move gratefully back to in-person meetings and functions, event planners, conference organizers and wedding planners are looking at venues through a new prism. 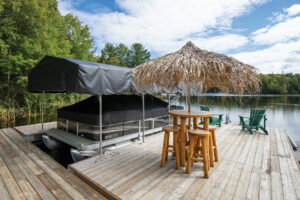 Shelter from the sun and the rain is important no matter where you live in Canada. It’s even more important when you spend lots of